How Starbucks Make Money (SBUX) – insights before you invest

What you need to know before you invest in SBUX

In the late 20th century, coffee was merely a beverage and not a lifestyle brand with its own inescapable culture. Then Starbucks (SBUX) started franchising, and neither caffeine delivery nor the retail real estate industry would ever be the same again.

Whether you’re a loyal Starbucks customer, or even if you go out of your way not to be one, you’re probably familiar with the broad strokes of the company’s history if not the superlatives. Founded in Seattle, 1971. Expanded to a few dozen stores (in Seattle, Vancouver, and Chicago) by the late 1980s. Then metastasized seemingly overnight into a 23,450-store colossus.

Beans, Water, and Plenty of Airs 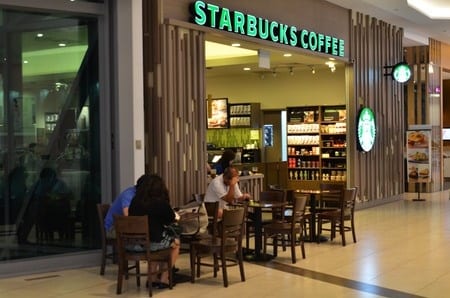 The Starbucks concept is about as low-tech as modern business gets, and the corresponding margins delicious. (Even an unadorned black coffee at Starbucks sells for quadruple its cost.) It’s not as if other companies couldn’t do this. In fact, some have succeeded, although to nowhere near the degree that Starbucks has. So what’s the company’s secret, and what business does a glorified neighborhood espresso bar have operating in 65 countries and making the heretofore insubstantial consumption of coffee an activity unto itself and an $88 billion business?

The company divides its operations primarily geographically, into the Americas; Europe, the Middle East and Africa; China/Asia Pacific; and something called Channel Development, which is a confusingly corporate way of saying “everything other than retail stores.” Channel Development includes the packaged ground coffee you get at the supermarket, and the single-serving Frappucino bottles at the convenience store.

With 23,450 stores, it’s a given that Starbucks has to franchise, right? Wrong. Starbucks has a very, very limited number of franchisees in the United Kingdom and South Africa, and doesn’t accept franchise submissions in North America. But that doesn’t mean that every one of those stores is company-owned in the strictest sense. Thousands of the 23,450 operate under licensing agreements. The airport kiosk, the bookless corner of your neighborhood Barnes & Noble (BKS), the stand-up service counter at the entrance to Safeway – all of those locations help to pervade Starbucks in the minds of its customers, and keep it inescapable.

The licensed stores are familiar on Starbucks’ home continent, if not dominant. They comprise 41% of the company’s total of 14,191 North American stores. But in the rest of the world, it’s the licensed stores that dominate – including 76% of the company’s 4,624 stores in China/Asia Pacific, and 62% of stores elsewhere. Add it all up, and company-owned stores predominate by only the slimmest of margins, 50.1% to 49.9%. Right down the middle, but… 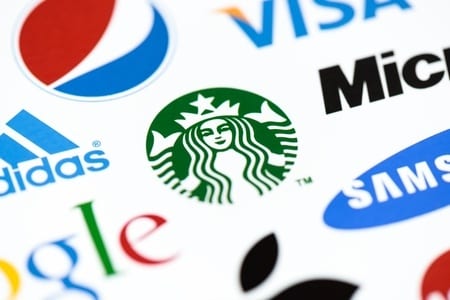 Not exactly. The company stores accounted for 79% of revenue last year, revenue that totaled $19.2 billion. Starbucks company stores encourage loitering, which might seem counterintuitive. But company store customers end up buying a lot of coffee on their extended visits, more than the people who fill up at the licensed stores with the intention of getting their drink on and getting out. Licensed stores’ operating margins are higher than conventional stores’. Also, the relative numbers have something to do with the licensed stores being located in North America, where the sedentary act of buying coffee and then settling in for a long and relaxed linger is well-established. Coffee drinkers in the rest of the world, at least outside of Vienna, have yet to adopt that behavior en masse.

The company also owns other brands that the uninitiated might think compete with Starbucks: Seattle’s Best and Teavana, among others. At the retail level, the dominant majority of Starbucks’ revenue comes from drink sales. Beverages account for 73% of the sales mix (which is down one percentage point over the previous year, and another over the year before that.) Those pastries, sandwiches, and other languid comestibles account for a historically consistent 18% of sales, with the remainder almost evenly split between packaged coffee/tea and “other” – e.g. espresso machines, and music CDs for uninteresting middle-aged women.

Built For the Future

Starbucks’ revenue continue to rise, faster than you’d expect for a company that appears to have permanently saturated most parts of North America. But it’s a big planet, and double-digit growth is standard for Starbucks overseas. Total revenue increased by 23% in China/Asia Pacific, 12% in EMEA. North American revenue is still quintuple the rest of the world’s, and revenue in North America still increased by a healthy 9% last year – remarkable for such large raw numbers. As for the Channel Development division, its revenue increased by 11% to $1.5 billion. Starbucks cites premium single-serve products as the catalyst here, and why not? Modern single-serve coffee machines retail for more than machines that can brew 12 cups at a time, a circumstance that would seem to stand classical economics on its head. People enjoy paying for cachet, even when it makes no sense to do so. By and large, those are your Starbucks customers.

Wholesale coffee prices fell 39% in the last year, and if you think that Starbucks passed the savings onto its customers, that’s adorable. Any elementary school student should be able to explain what happens to already large margins once the price of the raw materials decreases. To Starbucks’ credit, the company is only too happy to tell shareholders that decreased coffee bean prices are responsible for much of the company’s recent fortunes.

Depending on where you live and how early you wake up, packed drive-thrus are a common sight at Starbucks throughout the world. Not only are the people in the cars devoted to Starbucks’ particular varieties of high-margin whole-bean coffee, those people value coffee more than they do their own time.

Disclaimer – this is not a recommendation to buy or sell securities nor an offer to buy or sell securities.  The publishers of Beyond Insights are not brokers, dealers or licensed investment advisors and do not attempt or intend to influence the purchase or sales of any security.  The information presented here is purely for case study and educational purposes only.  Decision making process in investing requires more detailed analysis that is not covered in this article.

Join the next free seminar.

Learn from the professionals.